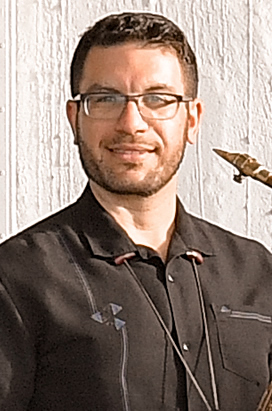 Ross Goldman is a native South Floridian raised in a musical family.

Ross Goldman is a native South Floridian raised in a musical family. Playing in a variety of situations throughout childhood contributed to his extensive familiarity in most genres of music. This gave him an appreciation for performing on multiple instruments including saxophones, flute, clarinet, piano, bass, and drums. While Ross attended the prestigious Frost School of Music at the University of Miami on scholarship, he was able to participate in masterclasses and play alongside many notables in the Jazz world including Joshua Redman, Benny Golson, Maria Schnieder, Jim Snidero, John Fedchock, Jeff Coffin, Troy Roberts, and many more.

Still in South Florida, Goldman is an in-demand freelance musician performing for private events and sitting in with the top Jazz/Salsa orchestras in town, while also maintaining his career as a music educator. In his tenure at Pace High School in Miami Gardens, he created the curriculum for the music program, and is a co-founder of the schools Academy of Performing/Visual Arts providing a platform for his students to pursue their own careers in music.