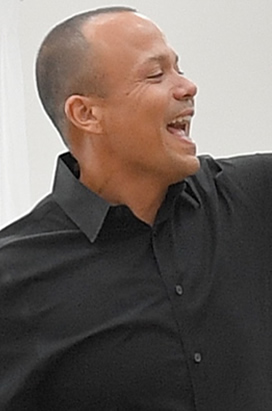 Alvaro Rosario, better known as ‘Al’, has been singing for the South Florida music scene for the past 18 years.

Alvaro Rosario, better known as ‘Al’, has been singing for the South Florida music scene for the past 18 years. He began his musical career in the United States Army singing in the Fort Benning Infantry chorus. He has traveled across the United States during his military term singing for Generals, military hospitals, and various community functions.

In 2003, Alvaro was also the winner of South Florida’s version of American Idol called ‘Gimme the Mic’, where he had the opportunity to work and record with Pop legend John Secada, and Grammy award winning producers Joel Somellian, Emilio Estefan, and Immanuel Ramirez. As a current member of the Debbie Taylor Band, his talented vocal stylings allow him to cover all genres of music including; Latin, pop, jazz, and rock. His love and knowledge of the Carpenters music has made him a perfect fit in the Top Of The World band!