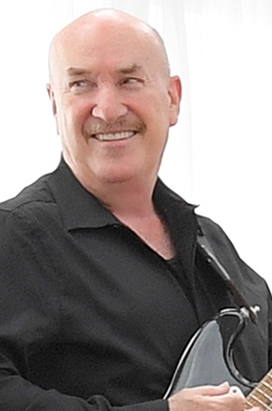 Paul Stewart has been a professional musician for more than 40 years.

Paul Stewart has been a professional musician for more than 40 years. He is an amazingly diverse guitarist who can play in almost any genre of music. Although guitar is his main instrument, he also plays the electric bass, keyboards, and just about anything that has strings.

As a band leader in New York City, he performed at the Plaza Hotel, the Waldorf Astoria, the Pierre Hotel, the St. Regis Hotel, The 21 Club, and Windows of the World. In New York City, he appeared with some well-known names in the jazz world such as; Jo Jones Jr., John Scofield, Bob Berg, Marcus Miller, and played in nightclubs such as; The Brass Rail, The Village Gate, CBGB’s, Limelight, The Village Corner, S.N.A.F.U, etc.

Now living in South Florida, he has performed in venues such as; The Breakers, The Four Seasons, The Biltmore, The Van Dyke, The Ritz Carlton, The Mandarin Oriental, and The Versace Mansion. He has played at events such as the SunTrust Jazz Festival, Las Olas Art Festival, Delray Art Festival, and more. Some of the nightclubs Paul has performed at include; O’Hara’s, The Button South, Blue Jean Blues, The Hemisphere Lounge at The Loews Miami Beach, etc. He is currently a part-time co-host of the “Jazz Lounge” radio show on WDNA 88.9 FM every Tuesday from 12:00 midnight until 2:00 a.m.